It would have been better if that one night had not come in my life. Only good until you know the truth. Sometimes the truth comes to life with storms and hurricanes and in one fell swoop something happened to me. An unimaginable event happened and ruined my life.

At one o'clock in the morning I called Vinay. I never called him this time. But today my heart was not in hand. I loved him more than Vinay . We've been in love for 20 years. he had been married for 13 years and had a son who lived there with her mama. His wife Tina worked as a seamstress and tutored young children at home and supported the family. Vinay used to use his earnings in his pleasures when he got a big or a small job. He used rupee in beer, cigarettes, tobacco and meat and fish. Twice a month I would give money. This is how the car of her life drives, telling me not to worry about Frey's tomorrow. Enjoy today.

Vinay and I have been in love since we were young. I didn't like that habit. Persuading him to do the job. But he did not listen to me. I talked to her a lot and argued but nothing took over his mind. His mom had started preparing for his wedding and I told him I would marry you if you had a job but he listened to me and started laughing and he told me not to marry me more than you But it will be nice and at the insistence of my mother he agreed to marry Veena. I tried to commit suicide but his friends saved me and eventually married her. He kept his wife at her father's house for 3 years after marriage. In the meanwhile we came very close and brought Veena and Vinay to their house, fed up with the threat of their married mother in the temple. One day he even adopted his wife. I took silent with him again but I loved him so much so I accepted the situation. There was no release.

After coming to Veena's house, our meeting was cut short. I was fighting with him but everything was in vain. Unable to break social barriers, his dad suffered a heart attack. So the distance between us grew. He broke up with me because he was going to be in his wife as the rest was missing.

One day, two years later, we suddenly met on the road. We were living in the same area. I cried when I saw him and in the gesture he gave me his mobile phone number since the conversation started. How many times a day we used to talk through audio and video calls like coming out of the house and going home at night. He used to visit my office twice a week. Once in the garden, going to the movies and out of town twice a month. We both used to make excuses at home.

I was madly in love with him and his wife was less educated . There was blind faith in the husband. I also accepted such a life because it was not socially acceptable to me. We had a big fight on June 6, 2019. He told me not to call me. I said I am your wife and I have rights but Vinay was very angry and he told me not to call and threatened not to talk to you and not even to see your face. I panicked. Tried to call him again but the phone did not ring. At about one o'clock in the morning he got out on a scooter and left his mobile phone at home.

He went 5 kilometers away from home and there he was suddenly attacked and fell asleep on the road. This side Veena was unaware of the situation in the house and I was worried, so I called my mobile phone.

Why do you behave like this? Wr are made for each other

How much love The woman's scream

Heard. I was shocked but recovered immediately and asked Vinay to call me

She asked me who you are. I said freny. Just do it and the person you called for is not at home. You both ruined my life.

Saying this, Veena threw the phone out of the window. She remembered one thing after another that Vinay used to take the phone and go out of town alone. She was furious. At two o'clock, Veena's mobile rang. We are talking from the police station. Your husband has died in the attack. You should take care of him. Veena spoke in strong anger. He was not my husband. Call her freny and don't call me I have nothing to do with him. Now

I am also the mother and father of the child.

This night has become a nightmare for me. Existence shook. Due to one of my mistakes, Vinay's name was erased from the world. 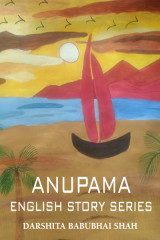